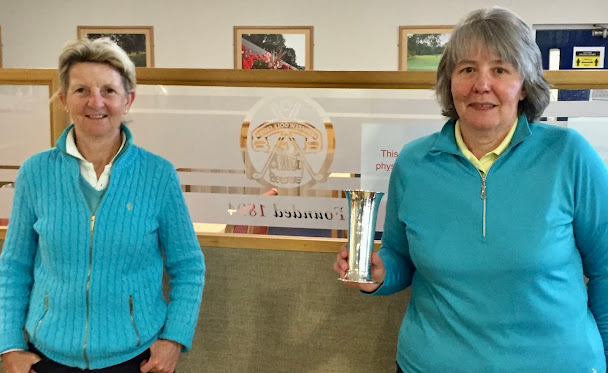 Many congratulations to Lesley Lloyd on winning the West Vets Championship at Renfrew Golf Club on Thursday.

In the semi-final she beat Liz Stewart, Renfrewshire. 3&2 and in the final beat Joanne Sharp, Ayrshire Captain, 4&3. Joanne beat Donna Jackson at 20th in the semi-final.

We wish her well in the Scottish Vets Championship at Blairgowrie.