The course at East Kilbride is closed due to heavy rain overnight which has continued and is forecast to continue all day.. 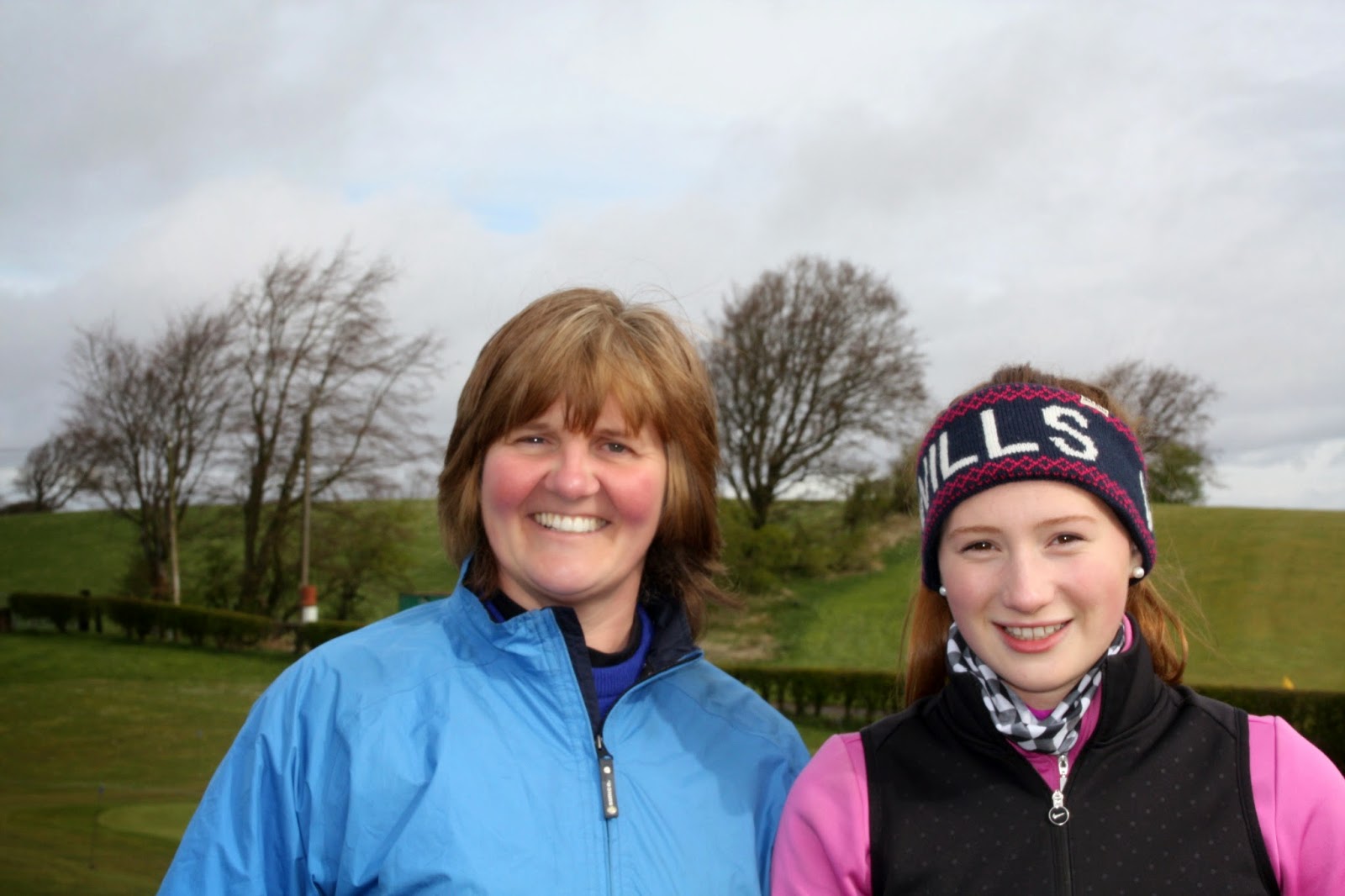 To view more photographs click on th link below 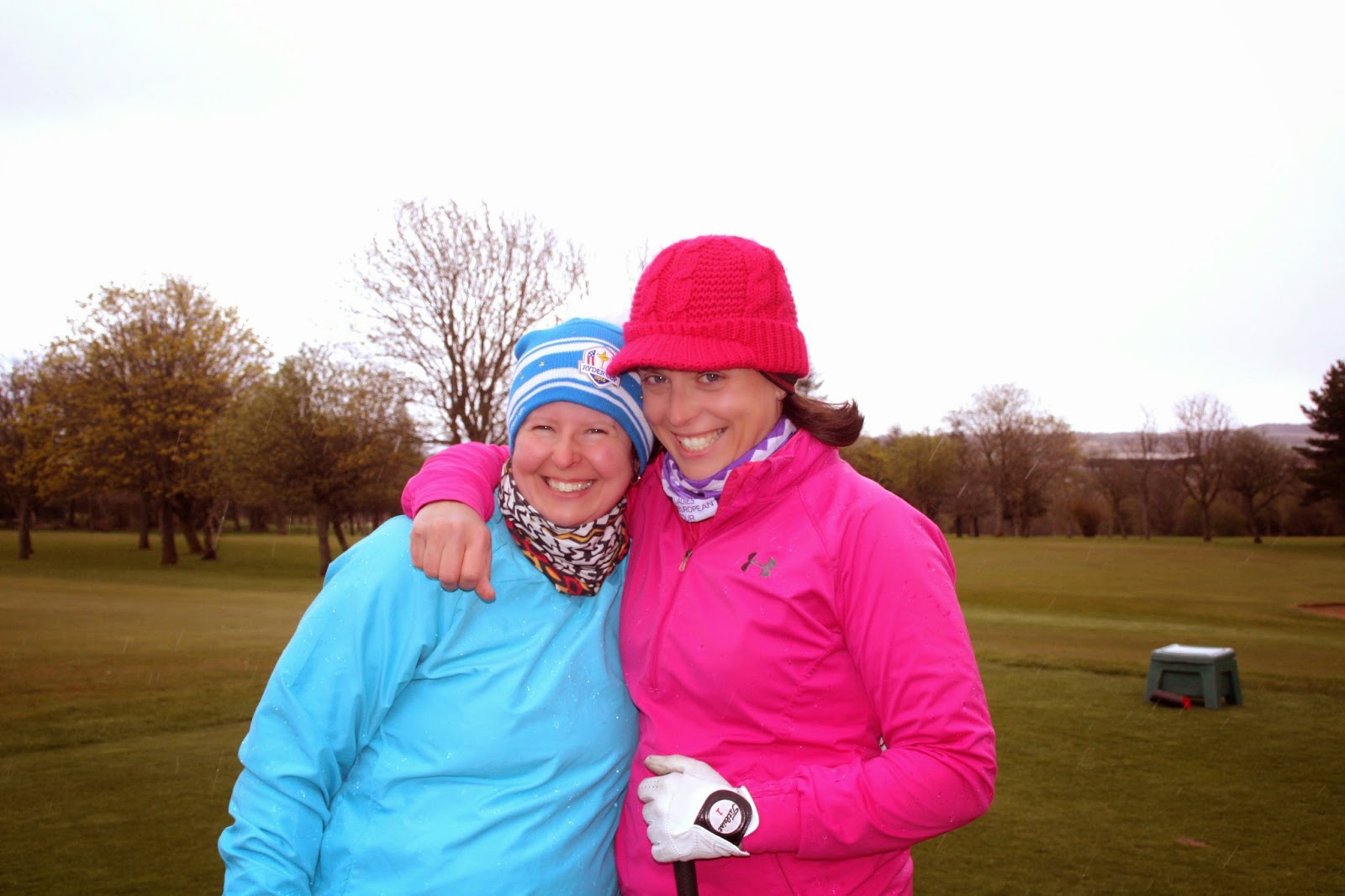 The draw for the Inter County Foursomes Qualifying Round At Mount Ellen Golf Club on Wednesday 6 May is:

Did you lose a club at the Championship Yesterday

A Taylor Made Rocket Fuel 50 degree Approach Wedge was found on the course at East Kilbride possibly behind the 16th green. If it is yours it is now in the Proshop.
Posted by Jean at 15:13 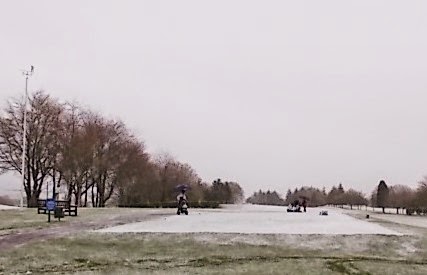 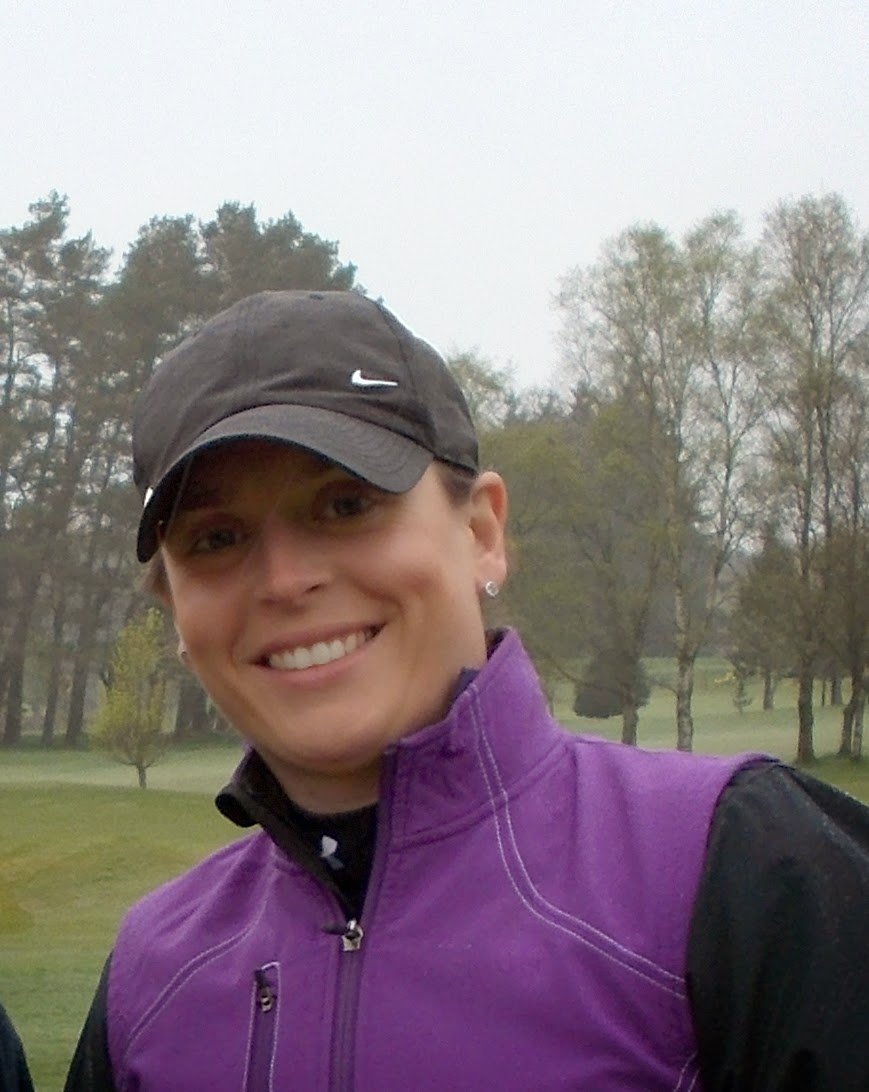 Draw for West of Scotland Championship

The draw for tomorrow's Championship Qualifier has been changed

To view the revised championship draw please click on the link below.

Death of Past President and Past Captain Dor Rutherford 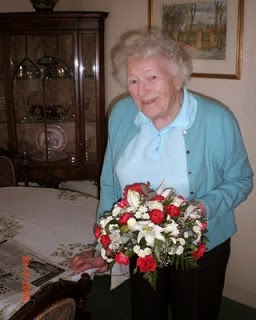 It is with sadness that I announce the death of Dor Rutherford, a much loved and respected Honorary Member of the County.
Dor was Captain in 1971-1973 and President from 1999-2004. Dor, a member of Lenzie Golf Club, was a great supporter of the County, attending all Championships and Jamborees up until 4 years ago when her health prevented her from doing so and when she took up residence in a care home.
We send our sympathy to her family.
Dor's funeral will take place on Monday 27 April at 11.00am at Daldowie Crematorium.
Posted by Jean at 12:16

Draw for Championship Qualifying Round

To view the draw for the Qualifying Round of the Championship at East Kilbride Golf Club on Monday 27 April click on the link below.
Please keep checking the website for any changes to the draw and arrive early on the day in case of late changes.
Should you be unable to play please contact Anne Lloyd before the day or the County Mobile (number on fixture card or on sidebar) on the day of the competition.
Championship Draw
Posted by Jean at 21:43

The Lanarkshire Team for the friendly match against Ayrshire at Skelmorlie GC on Sunday 3rd May is as follows :
Megan Docherty (Bishopbriggs)
Lauren Miller (Hollandbush)
Justine Fulton (Hayston)
Taylor White (Torrance House)
Posted by Jean at 21:49

The entry form for the May Spoon at Hamilton Golf Club on Sunday 10th May at 1.00pm is now available by clicking on the link on the side bar. Closing date is 3rd May.
Posted by Jean at 12:56

Remember the closing date for entries to the Championship and Bronze Championship is this Friday, the 17th April. You may enter online by clicking on the link on the side bar.
Posted by Jean at 17:35 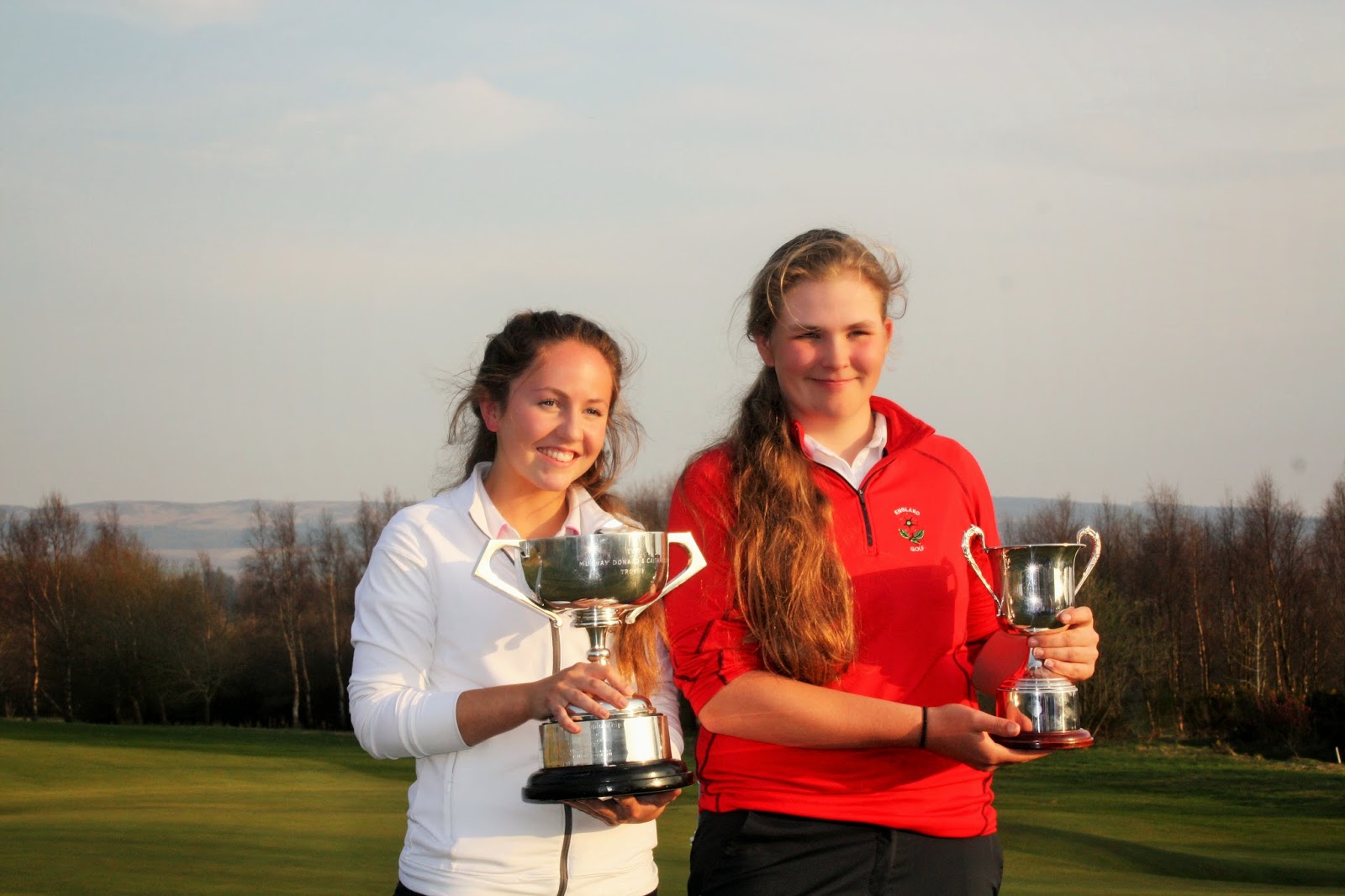 Congratulations to Molly Richmond who won the trophy for the best nett score at the Scottish Open Under 16  Strokeplay Championship at Strathmore Golf Centre  today after rounds of 77, 74 to give nett scores of 70, 67


Molly is pictured with Hollie Muse from West Lancashire Golf Club who won the Championship with rounds of 65, 70. England Team 1 won the team competition with Scotland Team 1 second. Next year this Championship willde for under 18, will last 3 days and will again be played at Strathmore Golf Centre. 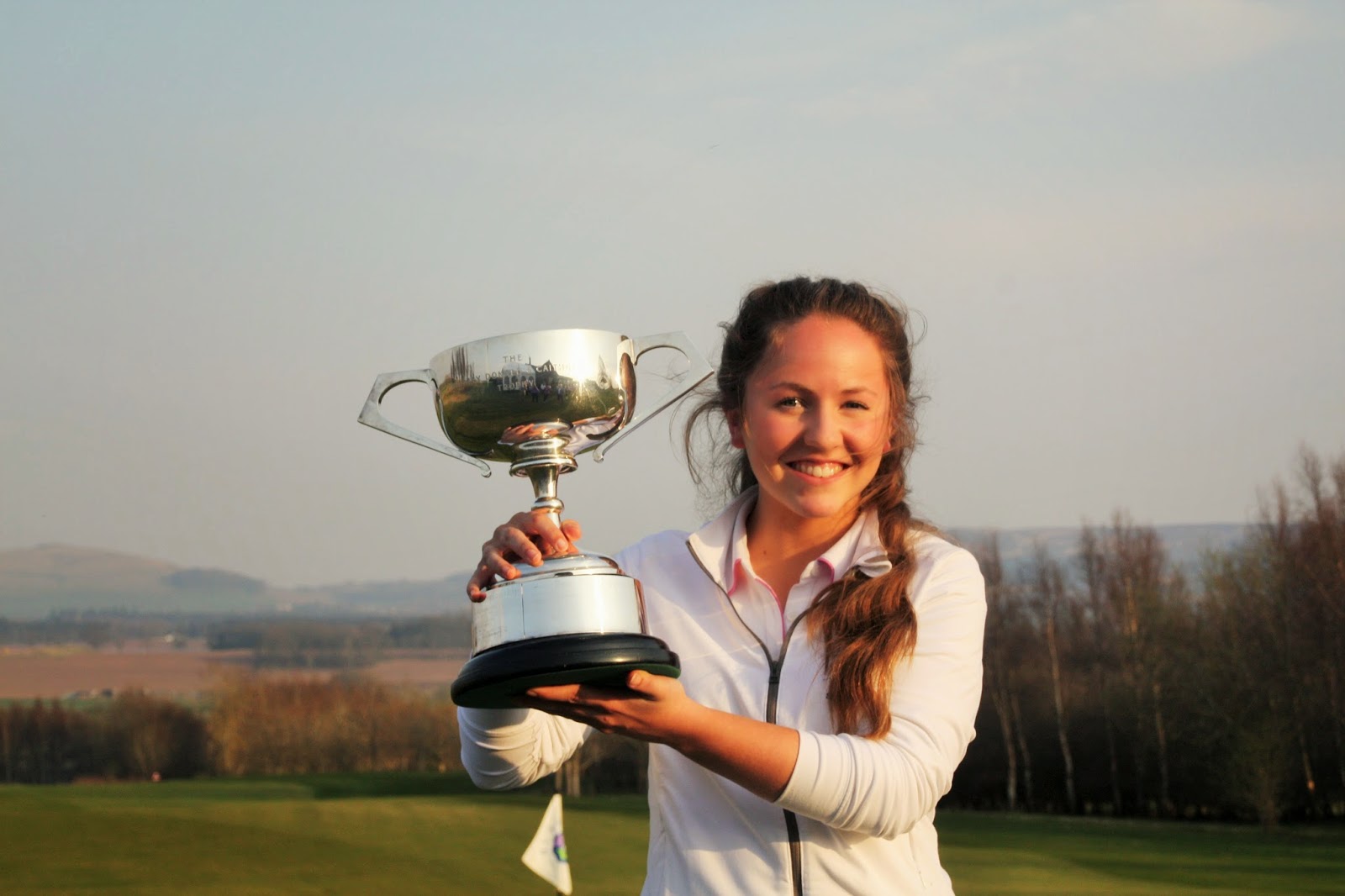 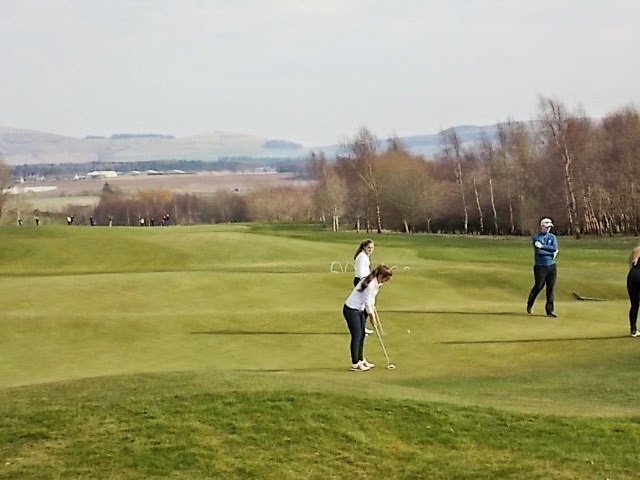 A lovely day for the practice round
Kirsten Brown and Molly Richmond are competing in the Scottish under 16 Championship which starts tomorrow at Strathmore Golf Club. We wish them well. Kirsten is a member of one of the Scottish teams.

Congratulations to Lesley Lloyd on her selection for the Scottish Vets in the match against the Irish Seniors for the Mary McKenna Perpetual Trophy  on 19th and 20th April at Dunbar Golf Club.
May Hughes is a reserve for the match.
Posted by Jean at 20:56

Have You entered for the Scottish Championship?

The Scottish Ladies (Close) Amateur Championship 2015 19th -23rd May, this year is being played over Monifieth Links Medal Course from the Red Tees and entry is open to all Silver division players who meet the entry conditions.
The Championship is being hosted by the Monifieth Club, and entries close on Monday 20th April at 12 noon, the entry fee is £45, this is a great opportunity to play a past Final Qualifying Open Championship course.
Why not get together with friends and encourage your Club and County to enter a team into the Grainger Cup, Eglinton Quaich or the McNeil Trophy.
For further information and entry details please click the link below.
http://www.golfbox.dk/livescoring/tour/#/competition/188394/info
If you have any questions then please do not hesitate to contact a member of the Championship Team.
Posted by Jean at 22:17

The link to the Entry Form for the Inter County Foursomes Qualifying Round  on Wednesday 6 May at Mount Ellen Golf Club is now on the sidebar. Please click on the link.. The closing date for entries is 25 April.
Posted by Jean at 21:52

The West of Scotland Championship, an 18 hole strokeplay competition, for those with handicaps of 15 or less will be held at Cawder Golf Club, Cawder Course, on Sunday 3 May with tee off from 12.00 to 2.30pm.
To download an entry form please click on the link below.
West Championship Entry Form