photograph courtesy of Craigielaw Golf Club
From the SLGA website

Scottish Championship 2010 - Come and Play
Are you looking to make up for all the golf you've missed out on this winter? Then why not come and play in the 2010 Scottish Ladies’ Amateur Championship at Craigielaw Golf Club from 18 – 22 May.
While this is predominantly a scratch Championship it is open to all Scottish female amateurs, who fulfil the entry qualifications, with plenty of prizes for the qualifying rounds including;
- Individual scratch and nett prizes for individual rounds and aggregate totals,
- Nett and gross prizes for club teams of two players, and
- Prizes for County teams of three players.
(Club and County teams must be entered on separate entry forms which have been sent out to your Clubs and Counties respectively.)

The format of the Championship is two rounds stroke play qualifying over 18 and 19 May with the lowest 32 aggregate scratch scores qualifying for the main match play Championship and the next 16 qualifying for the 2nd flight, the Clark Rosebowl. In addition to the golf, the ‘Scottish’ is also renowned for being a great social week of golf and is always a chance to meet up with friends old and new. If you’re not lucky enough to make it to the latter stages it’s a great opportunity to watch the top Scottish Amateurs compete for the title and for those that don’t make it to the final of the main Championship, there is always the legendary Friday night party to look forward to.

The venue for the 2010 Championship is Craigielaw Golf Course in East Lothian. This is a Championship links course which also boasts outstanding practice and clubhouse facilities. The entry fee of £35 will guarantee you three rounds of golf (including one practice round).
If you are not able to play in this year's Championship please put the dates for future years in your diary:
2011: Machrihanish Golf Club 17 - 21 May 2011

2012: Tain Golf Club 22 - 26 May 2012
More information about the 2010 Championship, including entry qualifications and entry forms can be found

Posted by Jean at 19:11 No comments:
Labels: SLGA/Scottish

A fourball charity event in aid of the Elizabeth Montgomerie Foundation is being held at Crow Wood Golf Club on Wednesday 21 April. For further details and an application form please click on the following link
Posted by Jean at 16:49 No comments:
Labels: Charity event

Photographs of the Junior Squad training taken by Fiona Scott have been added to the slideshow below.
Posted by Jean at 22:57 No comments:
Labels: Juniors

We had our final session with Lesley MacKay at Playsport today in bright and breezy conditions. We made use of the short game practice area before heading on to the golf course. The Senior Squad were set the task of missing greens to allow them to practice recovery shots. Very interesting indeed!
The Junior Squad played a few holes, did putting drills and finished off on the range with some target practice.
Our thanks to Lesley McKay for her work, advice and encouragement during the last few months.
Thank you to Lesley Lloyd for the report and photographs.
Posted by Jean at 21:22 No comments:
Labels: Team 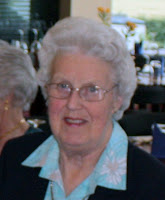 It is with much sadness that I announce the death on Sunday 14 March of Cathy Boyd, a long time member of the County. Cathy , a member and Past Captain of Strathaven Golf Club, competed regularly in county competitions until ill health in the last two years prevented her from playing. She remained, however, an Associate member and maintained her interest in what was happening in the County. She was a spectator at last year's Jamboree.
The funeral will take place at South Lanarkshire Crematorium, Sydes Brae, Blantyre at 2.45pm on Friday 19 March.
Posted by Jean at 10:07 No comments:
Labels: Club News

The remaining two quarter final ties were played today. Elaine Cuthill and Susan Wood defeated Marcia Stirling and Anne Mungall at the 4th extra hole. This tie was switched from Airdrie, which was closed, to Drumpellier.
Ruth Rankin and Margaret Reid won their tie against Mary Weir and Joanna Harvie.
Posted by Jean at 22:07 No comments:
Labels: Results

In a quarter final tie which was played yesterday at Cambuslang as Kirkhill was closed, Irene Morton and Lynne Williamson defeated Anne and Katy Burden.
Posted by Jean at 10:11 No comments:
Labels: Results

Strathaven members are sad that they cannot play golf in this nice weather as the course is still covered in snow but they had a bit of entertainment yesterday when the Sport Relief cyclists stopped at Strathaven Golf Club to use the facilities and change over cyclists. The cyclists who are cycling from John O' Groats to Landsend over four days are David Williams, Jimmy Carr, Fearne Cotton, Miranda Hunt, Patrick Kielty, Davina McCall and Russell Howard. Unfortunately some of the cyclists remained in their bus, probably to catch up on their sleep. They cycle for 24 hours in relays of 2 hours.
The temperature overnight on Monday night was -15C.
Posted by Jean at 13:38 No comments:
Labels: Sport Relief
Newer Posts Older Posts Home
Subscribe to: Posts (Atom)