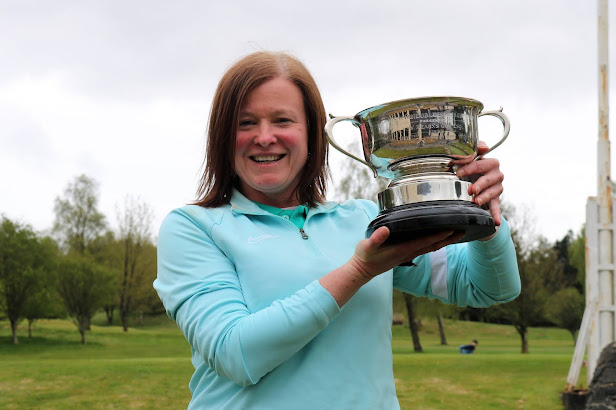 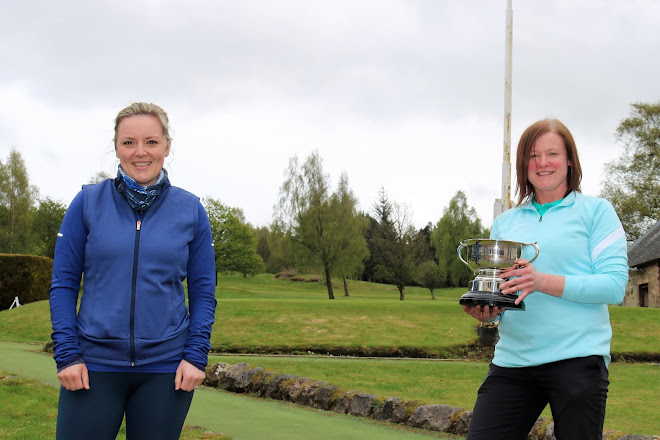 Julie and Runner up Megan Briggs 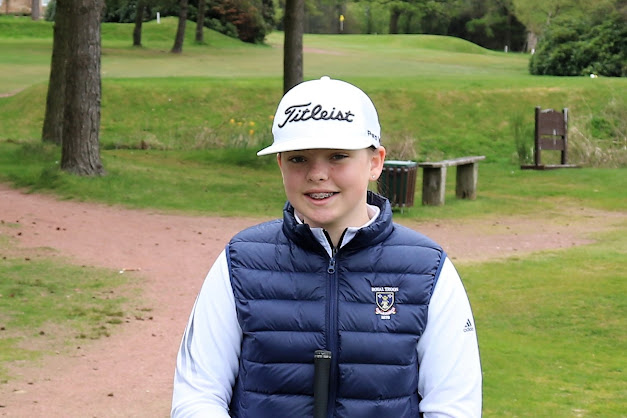 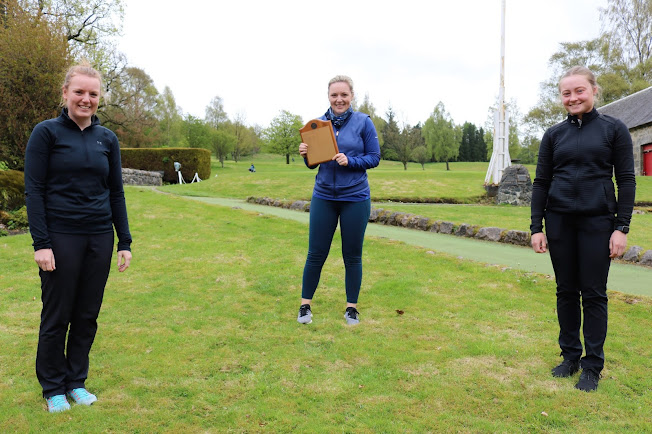 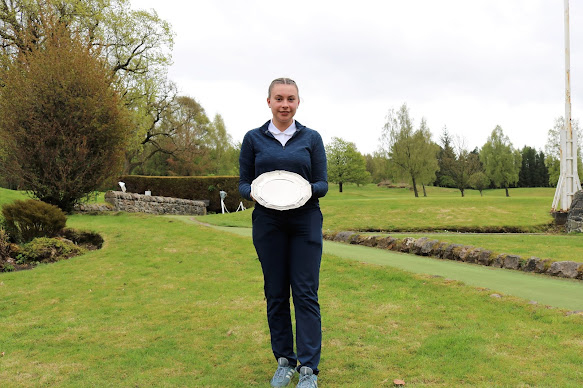 Lindsay Main with Junior Team Trophy won by Lanarkshire ( Jodie Graham and Neve Marshall were the other members)
For more photographs of the day go to:
More Photographs

With a field of over 40 participants and the weather better than predicted, it turned out, for some, a very close competition.

Lanarkshire’s Jodie Graham had a very successful day finishing her round with an eagle 2 at the 18th hole.

She won the  Handicap Trophy and  Prize with her net 73 and better inward half from June Lockhart, Rosie Maguire and Julie Wilson and also was a member of the winning Junior team..

The Senior Team Trophy  was won by Renfrewshire’s Eilidh Briggs, Megan Briggs and Jennifer Rankin with a gross score of 154 over Lanarkshire’s Lesley Lloyd, Susan Woodhouse and Susan McGrenaghan (156).  The trophy is decided by the two  best gross scores from three.

The Junior Team Trophy was won with a score of 148 (and a better inward half) by Lanarkshire’s Jodie Graham, Lindsay Main and Neve Marshall over Renfrewshire’s Jennifer Lynagh, Rosie Maguire and Ava Graham.  The trophy is decided by the best two net scores from three.

Congratulations to all winners and we look forward to seeing you back next year to defend your titles.

Finally, a big “thank you” to Renfrewshire’s Fiona Armour and Carol Fell for all their hard work to ensure our first attempt at running a West of Scotland Event through Scottish Golf’s Venue Management System (VMS) went according t