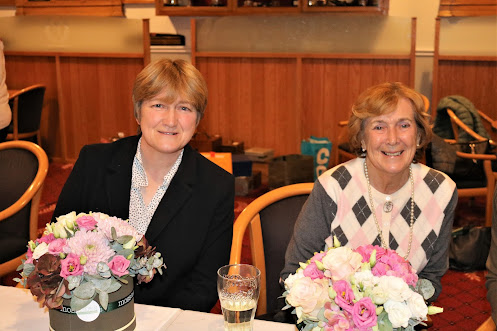 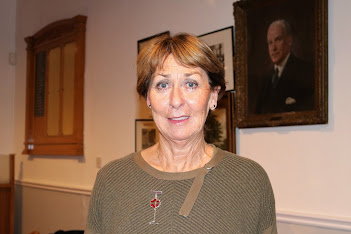 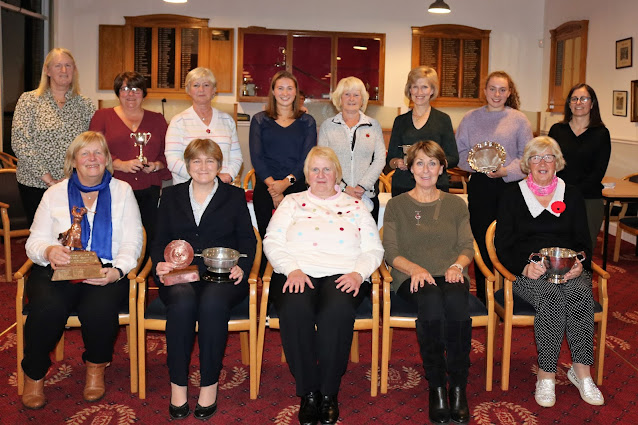 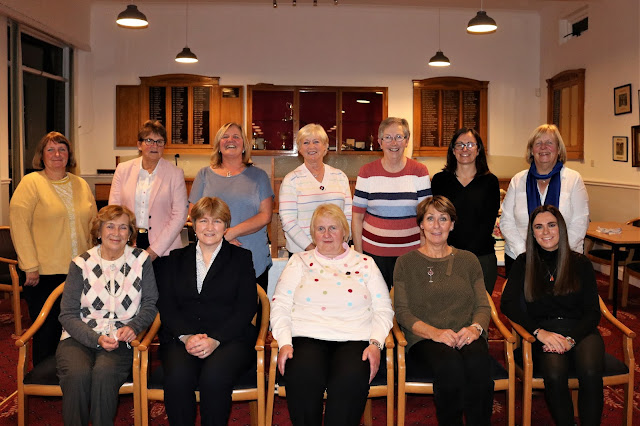 Next Year's committee: L to R back row: Margaret Reid, Anne Lloyd, Allison Bell, Marion Craig, Jean Maddock, Claire Queen,  Christine Main, Front row:  Mary McKay,  Fiona Norris, Anne Mungall (Captain), Janice Paterson, Eva O'Connor. Not pictured: Moray Meechan.
At last night's AGM Anne Mungall, Airdrie GC, was installed as County Captain for the next two years. Janice Paterson was installed as president for the next three years. Anne Lloyd retired as secretary after 10 years. She was thanked for her long and dedicated service over these years. At the moment no vice captain or secretary has been appointed. The retiring Captain Fiona, President Mary and committee members were thanked for all their hard work over the past two years which were made more difficult by the COVID outbreak.
The proposal to change next year's Winter Foursomes to Winter Greensomes was approved. The committee's suggestion that future AGMs should be held on a Sunday afternoon in November, providing Cambuslang GC is available was also approved.
Anne Walker was awarded Honorary Membership. See separate post.
Champion Susan Wood who was unable to be present sent her vote of thanks to be read by the captain.
Posted by Jean at 10:19