Fiona and Elaine named by SLGA as captains of International Teams 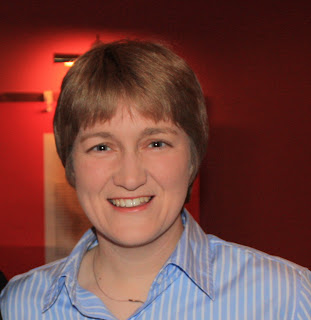 NEWS RELEASE ISSUED BY THE SCOTTISH LADIES GOLFING ASSOCIATION Fiona Norris has been named captain for this season’s European Team Championship and the Home Internationals, and she is looking forward to the challenge of building on last year’s success.
The Scottish Ladies’ Golfing Association is also delighted to announce the appointment of Karen Marshall (European Girls’ Team Championship and Girls’ Home Internationals), Helen Faulds (Senior Home Internationals) and Elaine Cuthill (SLGA Under-16 Open Strokeplay Championship) as Team Captains for the 2011 season.
With Fiona, pictured right, at the helm, the Scottish team will defend the Home International title at Hillside in September and will be aiming to retain a medal at the European Championships at Murhof in Austria in July.
Fiona knows she has a hard act to follow in taking over the captaincy from Lesley Nicholson, But she brings a wealth of experience to the post.
A three-time member of Home International teams, Norris previously worked alongside Ada O’Sullivan as Manager of Vagliano Trophy and Curtis Cup teams and Captained Scotland at the 2008 World Amateur Championships in Australia.
“I hope to build on last year,” said the Hamilton member. “Lesley and Kevin Craggs (Scotland’s National Coach) did a great job last year and we should have a really strong team. Pamela Pretswell is the British Open Stroke-play Champion and Kelsey MacDonald was runner-up in the British Amateur and there is great strength in depth.
“I’ve never been to Austria, but Pamela did well in a European event at the same course a few years ago so I will be picking her brains. Scotland did exceptionally well to win the European bronze medal at La Manga last year and it would be great if we could do even better.”
Baberton’s Marshall retains the Captaincy for the two junior tournaments – the Europeans in Sardinia in July and the Girls’ Home Internationals over Gullane No.2 in August when Scotland will be aiming to go one better than last year’s second place behind England.
Elaine Cuthill (Lanark) also stays in charge of the SLGA Under-16 Championship at Strathmore in April. Helen Faulds (Douglas Park) takes over the role for the Senior Home Internationals at Tramore in September from Pamela Williamson (Baberton).
Congratulations to Fiona and Elaine.
Posted by Jean at 18:16